Digital Media Wing – DMW is a newly established unit at the Ministry of Information and Broadcasting after it was approved by Cabinet earlier this year.

It will work as a strategic unit of Government of Pakistan to provide results-oriented media content, digital public relations, and will give authentic government updates on digital media.

DMW is committed to revolutionizing how media is consumed in Pakistan. It will maintain a data-driven, growth-oriented team to further the interests of the State of Pakistan locally and internationally.

It will strengthen the government of Pakistan for the 21st century with robust, authentic, and high-quality communication platforms.

Responding to media reports about appointments being approved without any competition, the ministry said PM Imran had given the green signal in December 2019.

It said a total of 76 applications were received for the position of ‘General Manager’, whereas 67 for the ‘Digital Media Consultant’ vacancy. All in all, some 461 people applied to the jobs across seven MP scales, it added.

The recruitments in the digital media wing were made by a special selection board after it conducted interviews, the ministry noted, adding that a summary of the selected individuals was approved by the prime minister on July 20.

Here are the profiles of candidates finalized for 6 positions:

Those who have been hired would be paid Rs75,000 a month, it said. The candidates for the remaining 16 posts had been shortlisted, it added further. 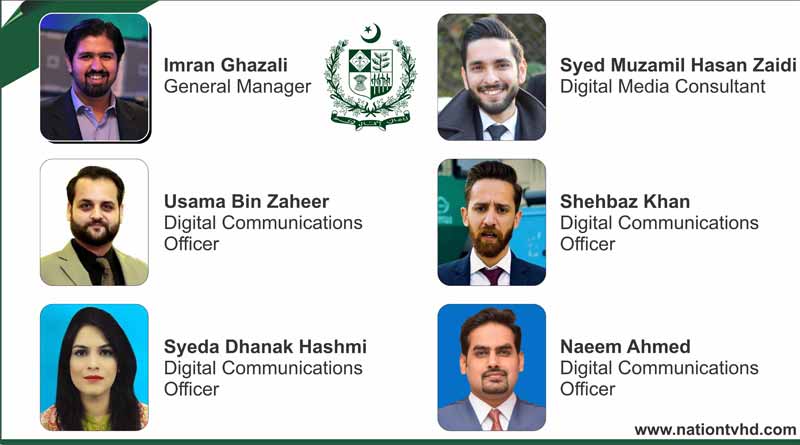 Imran Ghazali is a Digital Media expert with over 14 years of experience in this industry. He is also one of the pioneers of social media campaigning in Pakistan with over 120,000 followers on his personal accounts. He has been speaking as a Social Media strategist at various public events and has been consulting various global organizations on digital media.

Before this, he was leading the digital strategy as a consultant to UNICEF for the Clean Green Pakistan initiative at the Ministry of climate change.

He was also involved in the implementation of KP Government’s Digital Policy and working closely with KP IT Board as World Bank Pakistan Consultant for Digital Youth Summit.

He was also responsible for 360-degree digital coverage of Pakistan’s biggest corporate summits Leaders In Islamabad Business Summit & The Future Summit prime events of Nutshell with hundreds of foreign delegates from over 30 countries.

Voluntarily he was also training the Government of Pakistan officials on the effective ways of using digital platforms for government and held few workshops at NITB in collaboration with Facebook.

From Dec 2016 to August 2018, Imran worked as Head of National Campaigning – Digital at Alif Ailaan, which has been recognized as the biggest campaign on education reforms in Pakistan. He was the architect of the digital strategy for the last two years of the campaign that resulted in incredible increased reach and engagement on social media platforms.

At Alif Ailaan he also led the initiative for the development of a citizen reporting mobile app “Taleem Do!” This App was available for both Android and iOS that got 60,000 downloads in two months and was in the top 3 rated apps on android in the news category. He was also responsible for getting an innovative and dynamic website developed and getting over 1.5 million visits in two months of the election campaign.

Before this, he has worked as Chief Digital Officer at M&C Saatchi World Services where he was responsible for the whole digital business and was leading digital strategy for key accounts. He has advised for the digital strategy and led the social media roll-out of their Pakistan-US Friendship campaign.

While working as Business Director, Digital at ZenithOptimedia (ZO), Imran had the opportunity to reset a business unit and lead a team of enthusiastic young individuals. He led a young dynamic team of 30 and developed the digital line of business as a new unit and transformed it into a fully organized unit with strategy, creative, content, planning, social media management, and analytics as core functions.

Imran is also one of the founding members of Pakistan Tehreek-e-Insaf Social Media, as he was the one to create the online presence of PTI and Prime Minister Imran Khan on social media including their Facebook pages and Twitter accounts.

He has been involved with the PTI Web team since 2007 and played a central role to recruit, train and organize hundreds of volunteers. He was appointed as Head of Social Media for Pakistan Tehreek-e-Insaf during 2013 elections, where he built the team structure, initiated, planned, strategized and executed the digital campaign – which is still termed as the most successful social media campaign in Pakistan’s political history.

After the 2013 elections, he was appointed as the Head of PTI Social Media Operations, where he organized and coordinated with over 300 team members across Pakistan. He played a strategic and advisory role as he got over 30 PTI Pages verified on Facebook and Twitter including top leadership accounts, which later on helped the party in the 2018 elections.

In the past, he also headed the Pakistani American Students Association and turned it into the best student organization at The Ohio State University.

Imran graduated with a Bachelors with Honors degree from Ohio State University in 2009.

Syed Muzamil Hasan Zaidi is a Film Maker, Social Media Marketer, Digital Content Engineer and Data Scientist based in Islamabad. He’s the founder of Lolz Studios, a digital platform that has produced over 60 digital films that have aggregated over 500 million views across the globe. His work has been covered by popular media outlets like CNN, BBC and Reuters. He has been the face of multiple international brands like Coca Cola and Redbull and has previously been named the TechJuice’s 25 under 25 leaders of Pakistan in 2014 and Hello! Magazine’s Hot 100 Global Game Changers of 2015. He has over 10 years of experience in digital marketing, social media management, content virality & content engineering. He has given multiple TEDx talks on digital media and is a regular panelist and adviser for UNDP Pakistan as a digital media subject matter expert.

Usman Bin Zaheer is a senior digital content producer, with a versatile production experience ranging from Pakistan’s number one morning show “The Nadia Khan Show” to the World’s number one reality show “Pakistan Idol”. Over a span of the past 13 years, he has mastered the art of wrapping a message with entertainment and humor in order to cast an amplified and long-lasting effect on the masses. Very few producers in the industry understand the difference between regular content strategy and the digital content strategy and Usman Bin Zaheer through a wide bouquet of 1000+ digital productions ranging from live current affairs talk shows to humor based drama skids to cultural vlogs to explainer animations proved it very well.
The digital platform Dugdugee turned out to be the fastest-growing digital channel of the nations based on the originality and uniqueness of its content along with state of the art optimization.

Pakistan’s first and biggest Digital Election campaign (Takrah 2018) on Dugdugee was a hallmark, taking digital productions and campaigns to international standards and is still talk of the town.

Another famous digital show by Usman was “The Drop”, which was first of its kind to uplift the international image of Pakistan as a peace-loving and colorful nation of the world.

Usman believes digital content producers are the modern historians who are also preserving history for the generations to come. An analytical expert who uses pre-planning and research as a tool to mold the content, best suited for the millenarians.

Usman Bin Zaheer has been offering his digital consultancy to a lot of famous names from the local industry.

Please check the linked in profile of Usman Bin Zaheer in which it is clearly stated that he has been part of Geo Network from 2011 to 2018, which is enough to prove that he has never worked for the social media team of PTI.

Shehbaz Khan is a Digital media Content Specialist/Strategist and a Data Consultant. He has worked with World’s Leading Data Firms on different Projects both locally and internationally. In addition to this, he has also been a Veteran of the Pakistani Social Media landscape where he has Co-founded one of Pakistan’s first few Digital Content Networks and Digital Consumer Psychology Research think tank.

These guys started this platform on Facebook when the concept of change and hope instigating content on social media was extremely new in Pakistan and they pioneered this concept over the past 10 years. They have been the Veterans of this industry. Their social media content pieces have attained national and international applause with mentions on BBC, CNN, REUTERS, etc. to name a few.

Their Digital Media Campaigns/Content pieces have been applauded and mentioned by the World’s leading News Networks & Digital Platforms, with one of the content pieces collectively reached more than 20 million people internationally. Over the years they have been creating such campaigns for the general welfare of the society and a positive image of Pakistan

They have successfully created countless social media campaigns with the leading brands of Pakistan including campaigns regarding the importance of the vote, promoting startup culture in youth, country’s economy, Privilege, Girls Education, and numerous other topics to add value to the society.

Other than this he has also been a Managed Services Consultant and a Data Consultant in one of the World’s leading data firms and he uses that experience to understand the digital consumer psychology and behavior through different data analytics techniques to maximize the user experience of a common man using the internet.

Ø Masters in Philosophy (Governance and Public Policy) with Gold Medal.
Ø Masters English Language and Literature with distinction.
Ø Have worked in digital advertisement and marketing in reputable digital corporations like Interlink Advertising Private Limited, Islamabad as Digital Media Communication Manager. Conceptualized and executed many campaigns on different issues ranging from Government’s initiatives to MNCs.
Ø Managed creative and production teams to develop digital media strategies i.e. content creation, selecting appropriate channel/medium of dissemination, determining timing and placement of materials; estimating associated costs.
Ø Worked as Director Research and Development at Centre for Global and Strategic Studies, (CGSS), Islamabad. It’s a global think tank that represents Pakistan across the globe and conducts seminars with the participation of dignitaries from the diplomatic community.
Ø I have appeared on many TV channels to discuss wide-ranging issues of domestic and international nature. Furthermore, I have written many publications on multifaceted topics i.e. Geopolitics, Political Economy, Trade, and International Relations that had been published in major international and national newspapers and magazines.

Naeem Ahmed started his career as a content creator for Pakistan’s number one political satire show “Hum Sab Umeed Say Hain” and after stepping into the limelight he started to offer digital consultancy to various organizations. All-time favorite shows like “Butt Tamezian”, ” Q K jamhuriat hai”, “Dil pay mat lay yar”, ” Rok sako to roak lo” proved that Mr Naeem has always used humor as a tool to penetrate into masses. Apart from working for channels like 24 News, Duniya News, Geo News, and Bol News He has also offered his services for many independent clients as he understands the masses and has developed a very good fan following over the past couple of years. He has completed his masters in Mass Communication from the University of Management and Technology Lahore.

His linked in profile is: https://www.linkedin.com/in/naeem-yasin-a244321b4 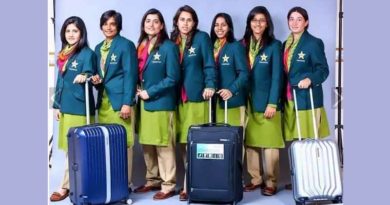 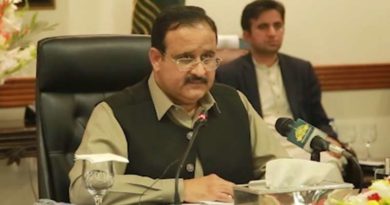 Sad News about the Restoration of Transport